Growing up, I was never the best student. But I really wanted a phone in my room. These days middle schoolers walk around with cell phones but when I was growing up the goal was to have a phone of my own in my bedroom. I made a wager with my parents that if I got on the honor roll for all four semesters, they would allow me to have a phone at the end of the year. Knowing that I had never even come close to the honor roll, they thought it was a safe bet. Not only did I get a phone, I got one after just a single semester because the girl who had never even gotten honor roll got Distinguished Honor Roll.

I work well with goals. Being a type A personality has helped me achieve many of my dreams and often has led me to success. I enjoy pushing myself hard, learning new things and trying to be better.  But what happens when you're always searching and striving for more? When you feel that you can never be satisfied with where you are right now? 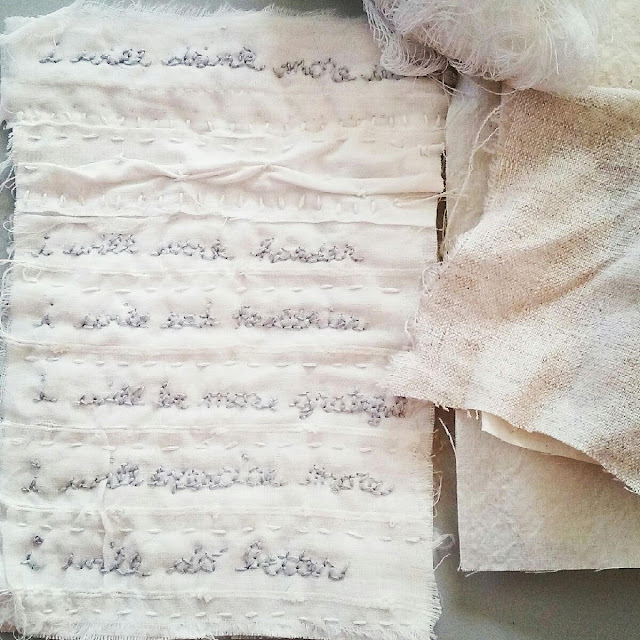 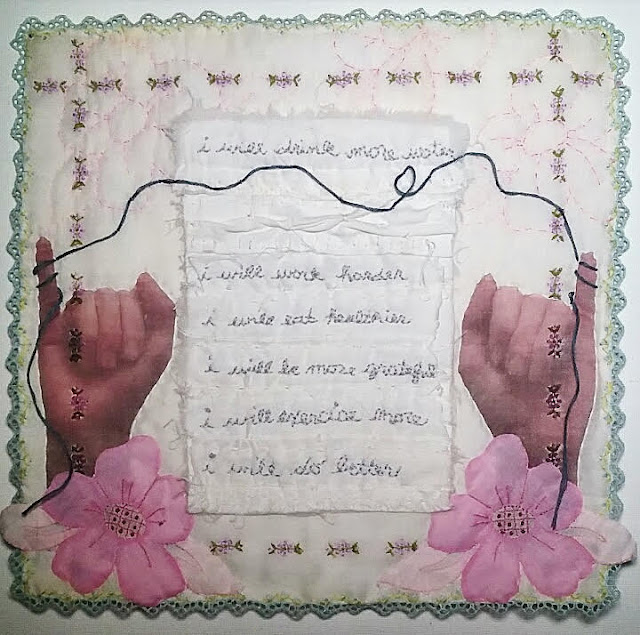 Two and a half years in the making and now it is finished. When my second and last dog Jasper passed away nearly three years ago, I was devastated. Anyone who has lost a pet can understand the huge emptiness that I was feeling. Although I could not find the words to express the loss, I remember taking a picture of his empty toy basket. That visual echoed the words that I could not find. 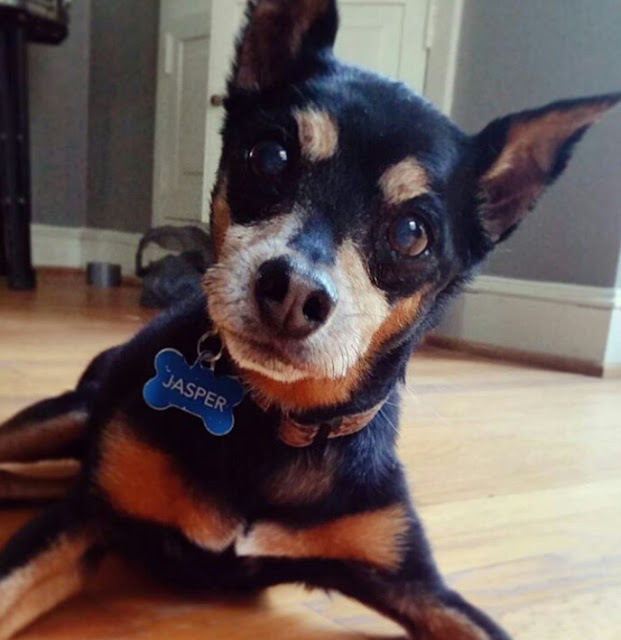 As I do, I tried to heal myself with art. It was working....but it wasn't. Struggling with the piece, I wanted so badly to express what I was feeling through stitch but nothing seemed to work. I put it aside for quite some time. Last year I kept busy with my 52 Collage Project and the basket piece sat...waiting. Recently I came back to it. I really just felt the need to finish it, to put it behind me and to move on. Even though I am still not completely satisfied with it, I was having a hard time starting anything new until that piece was complete. 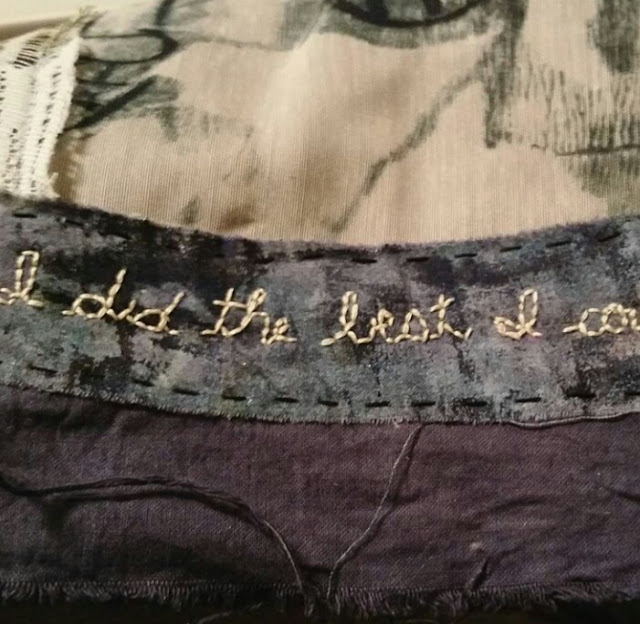 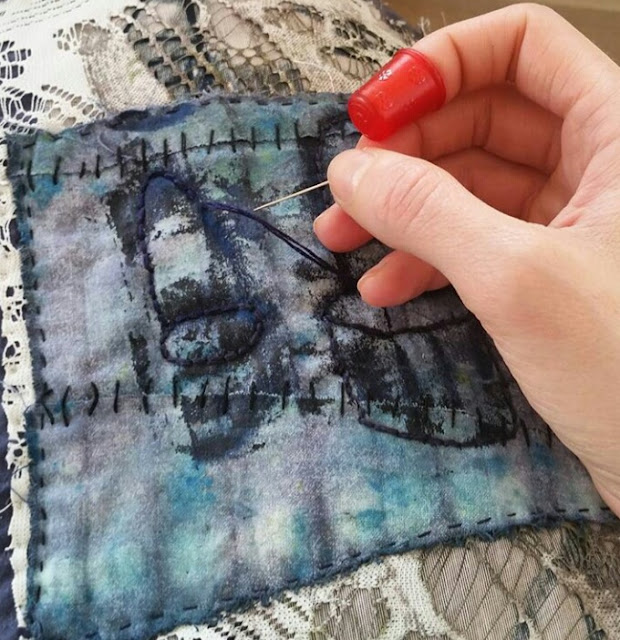 The basket is once again filled with toys. Rather than chew toys and bones, it has been replaced by little balls with bells and catnip mice. Although the basket is not as full as it once was, I find comfort whenever I see one of our new furry family members fish out a toy from the basket that once held Jasper's prized stuffed animals. 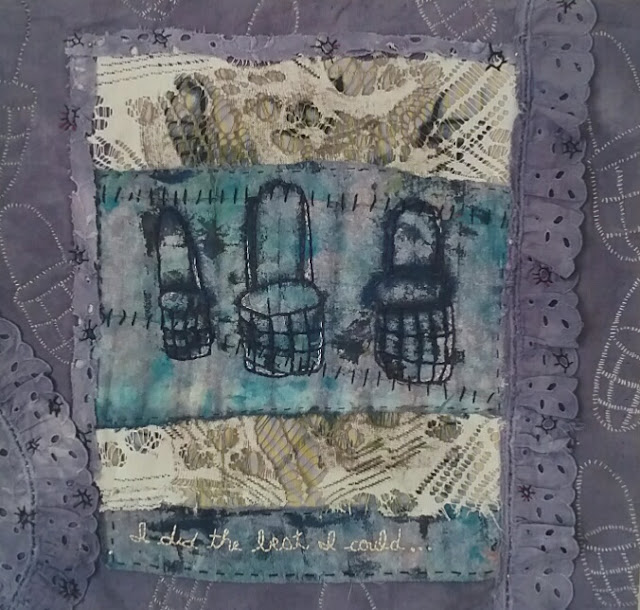 A month behind me, I feel like I have had some distance and can now reflect a little on my 52 Collage Journal Project. While writing my 2018 goals, I found some old notes and goals that I wrote before beginning on the 52 for 2017.

"purpose: have a goal, strengthen composition skills, strengthen confidence in decision making, create a cohesive body of work, show all 52 in 2018" 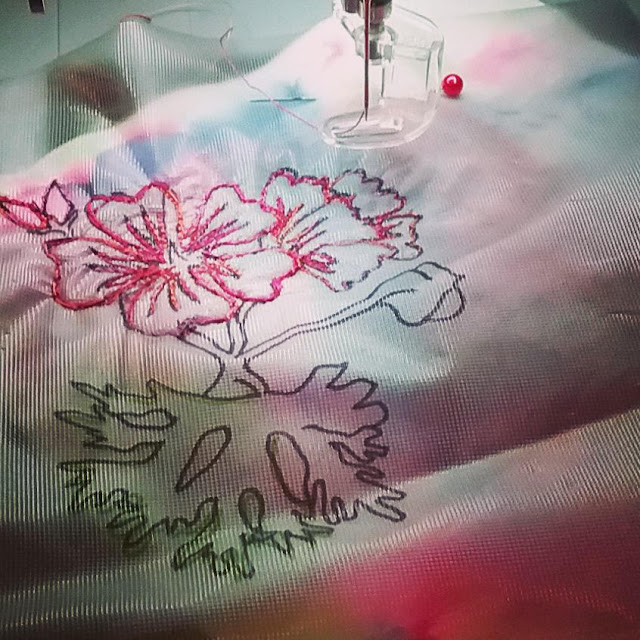 There were several keys to making a project like this work. The first was accountability. If you have a goal, declare it loud and clear! I wrote about it in my blog and made a habit of regularly posting it on Instagram with pictures from each week. As people began to take notice, my accountability grew. During more difficult weeks, I kept going...there was no way I wanted to let myself down and with people watching and expecting a piece a week (or at least in my own mind they were), I had to pull through.  Another major factor was forcing myself to go into the studio even when I was tired or uninspired. I found that just being in there surrounded by fabrics and papers eventually led to a shot of inspiration. 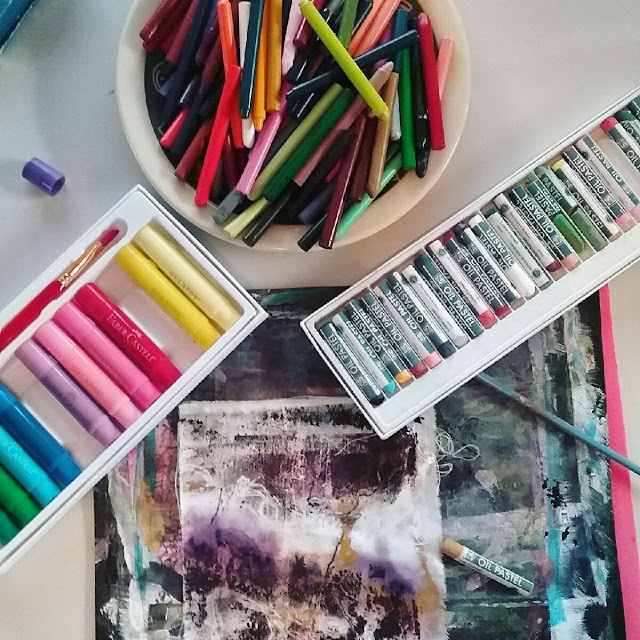 So did I achieve my purpose? Midway through the project, I was getting much more efficient in my pieces.  There were some that were more labor intensive but the general idea and overall plan came together more quickly.  In the past I would agonize over every little decision which would ultimately cause a paralyzed creativity block.  Now there was no time for that.  I learned to follow my gut and just do it.  I began to trust that once I made a decision, I could choose my next move based on the result rather than double or triple think each move. I grew confident in my compositions and my decision making. My final goal was to show all 52 in 2018. Currently I have three shows lined up! Writing out your goals, declaring them out loud, and doing the work leads to positive outcomes. 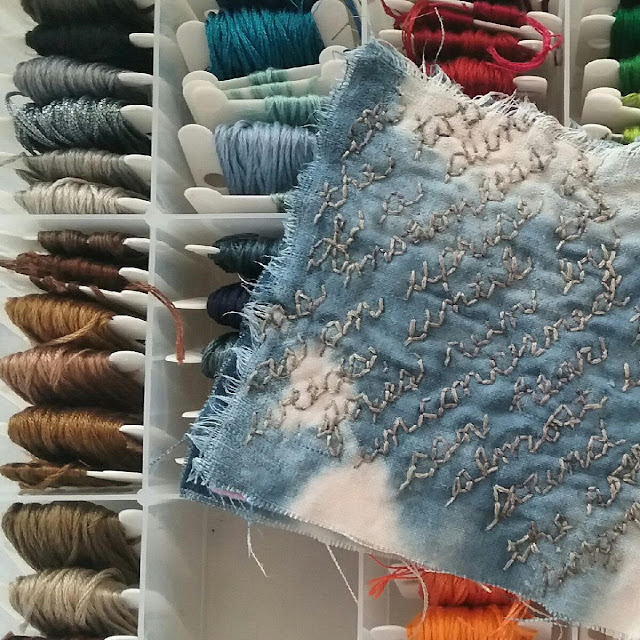 When the 52 came to a close, I gave a lot of thought to a new project for 2018 but decided to give myself the year to dive in and explore the lessons learned from the 52. There were subjects and areas that I touched on that I want to go back to and work through on a large scale. Since each piece was worked in only one week, there were times when I felt like I wanted to do more with a technique or carry through on an idea but there was not enough time.

The ultimate lesson learned was the importance of practice. I know that I am a better artist after this year. I know that if you put in the time and effort of doing something nearly daily, you will get better. It's a freeing concept really...this can apply to anything. There is nothing you can not do. 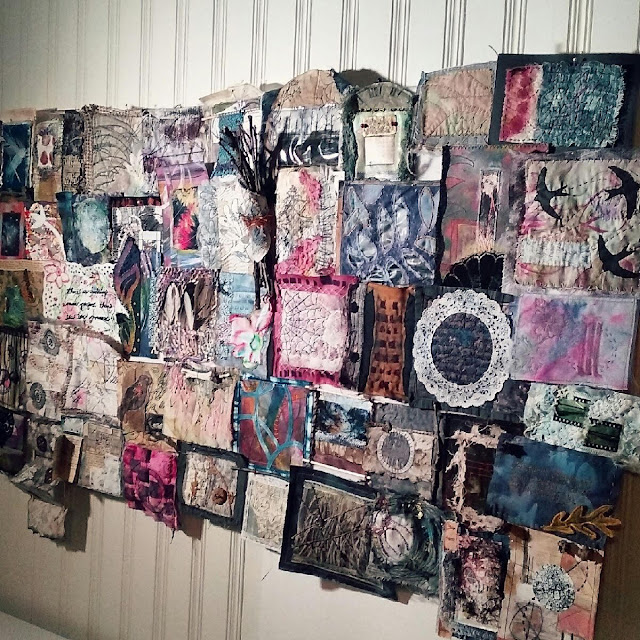 Well, here we are.... One year ago I was just beginning my journey.  Today finishes the circle and the project is complete. 52 pieces in 52 weeks.  In the near future I will reflect on all that I learned from all of this but for now, I am just happy that I completed my goal!  Here are the final four... 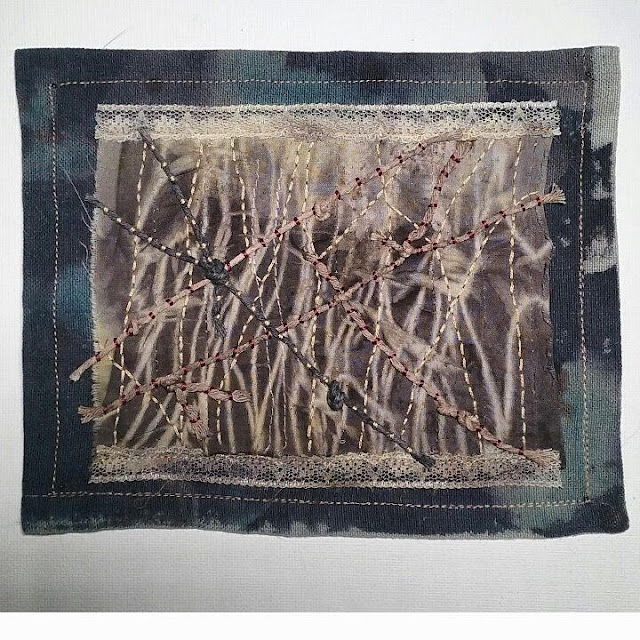 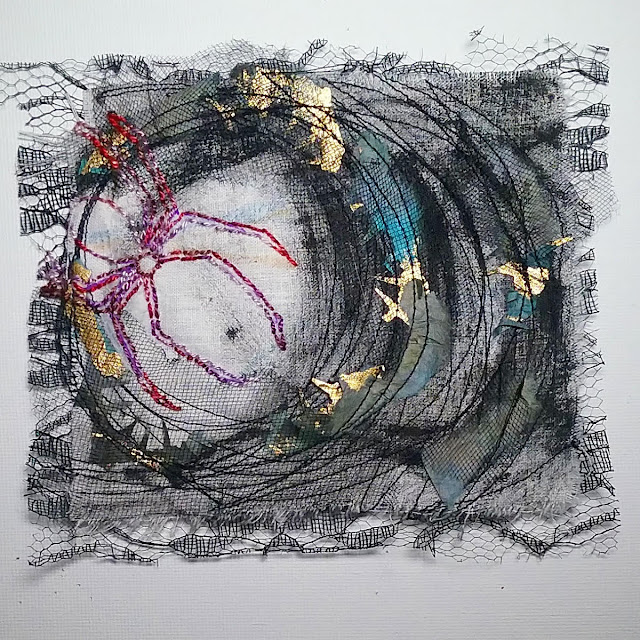 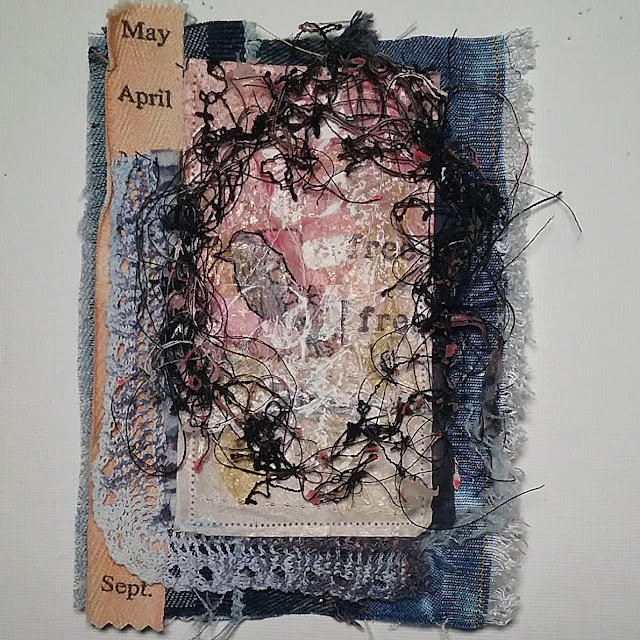